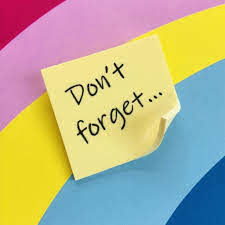 This week I’m focusing on memory-an aspect of our health that is so important to maintain. OUR MEMORY
Have a look at these great ideas suggested in an article by health line.com

Eating too much sugar has been linked to many health issues and chronic diseases, including cognitive decline.
Research has shown that a sugar-laden diet can lead to poor memory and reduced brain volume, particularly in the area of the brain that stores short-term memory
For example, one study of more than 4,000 people found that those with a higher intake of sugary beverages like soda had lower total brain volumes and poorer memories on average compared to people who consumed less sugar
Cutting back on sugar not only helps your memory but also improves your overall health.
SUMMARYResearch has shown that people who regularly consume lots of added sugar may have poorer memories and lower brain volumes than those who consume less sugar.
TRY A FISH OIL SUPPLEMENT
Fish oil is rich in the omega-3 fatty acids eicosapentaenoic acid (EPA) and docosahexaenoic acid (DHA).
These fats are important for overall health and have been shown to lower the risk of heart disease, reduce inflammation, relieve stress and anxiety, and slow mental decline
supplements may improve memory, especially in older people.
One study of 36 older adults with mild cognitive impairment found that short-term and working memory scores improved significantly after they took concentrated fish oil supplements for 12 months